The elegant new building gracing Sydney’s skyline, 60 Martin Place, brings a modern look to the CBD. With curving architecture meant to compliment some of Sydney’s oldest structures, and dazzling light displays on its exterior, the building is a welcome breath of fresh air for Australia’s oldest city.

With its prime location in the heart of Sydney’s CBD, it’s hard to miss the towering glass facade of 60 Martin Place. The building has 33 stories and over 40,000 metres of lettable area, with a stunning curve design that highlights the spire of nearby St. Stephen’s Uniting Church.

The building is the result of a competition to design what will become a solid part of Sydney’s busy business district. Hassell won the competition for its design that pays homage to the city’s older architecture, while also offering panoramic views of the city, sustainable design, and community spaces.

60 Martin Place is designed with cutting-edge “Smart Building” technology. Many aspects of the structure, from its lifts to its lighting fixtures, are highly customisable and can be controlled from a users’ smartphone.

After a four-year construction period by Lendlease, the building opened for business in late 2019, and has already drawn attention from major international and national companies looking for a new home for their operations.

With the promise of maximum customisation, and such a prominent location in Sydney, developers Investa Commercial Property Fund (ICPF) and Gwynvill Group knew they needed cutting-edge lighting systems that also met the building’s eco-friendly standards.

Building designers wanted to offer the absolute in flexibility for the future occupants at 60 Martin Place. They wanted a system that was simple for users to operate, but sophisticated enough to manage individual light controls and settings for every floor in the tower. On top of this, the design featured an external light facade running from levels 4 to 31, which now displays light shows for pedestrians.

The developers hired FIP Electrical, a leader in light design and installations, to achieve this goal. Faced with a unique challenge, FIP knew they needed support from proven lighting technology experts. Enter Automated, whose experience commissioning intelligent lighting solutions proved key to meeting the needs of this large-scale project.

FIP had worked with Automated on a previous development in Barangaroo, and following the success of that project, were eager to engage the same team for 60 Martin Place.

Automated developed a hybrid solution of Philips converters and Pharos Controller. The system’s distributed architecture allowed for different areas of 60 Martin Place to have control over the light settings via an adaptable System Manager (SM) user interface. These subsystems are able to communicate with one another through a central control and monitoring system using ICN and Integrated Services Platform (ISP) and an OPC server.

The solution also made monitoring and maintenance simple. Any issues with the lighting, in any part of the building, are identified in real time and displayed via the System Manager user interface. The Ethernet backbone provided a failsafe—should any part of the subsystems fail, the other subsystems could pick up controls until the issue is addressed.

This intelligent solution also allowed for timed events for general lighting, emergency lighting, and the facade light shows. The Pharos Video Lighting Controller 50, which can be triggered by Philips Dynalite System, made it possible to render video content onto the facades of the building. Up to eight separate shows can be scheduled in advance, allowing the building to give back to the community with stunning light displays for New Years, Vivid, ANZAC Day, and more. These displays are integrated into the main control system as well, making them simple to control from the same system and interface as interior and emergency lights.

Automated’s commission also made use of daylight harvesting. Sensors built into the system can detect incoming natural light and adjust the lights up and down to optimum levels, giving the occupants of 60 Martin Place the ideal light settings no matter what time of day or year.

Automated’s extensive experience and agile team was invaluable to FIP during the construction process at 60 Martin Place. The quality fit-outs supplied by Automated, along with the team’s ability to field any questions coming from the Facilities Management Office, has helped 60 Martin Place establish itself as a cornerstone in the effort to revitalise the financial district.

“We were so impressed by Automated’s ability to increase the commissioning pace and keep up with the delivery schedule without compromising on quality.”

FIP said they hope to work with Automated again on some large-scale projects coming in the future. They highly recommend Automated “for any lighting control project.”

“Automated has demonstrated their technical ability to design solutions suited for the task, and their ability to deliver any size Philips Dynalite project.” 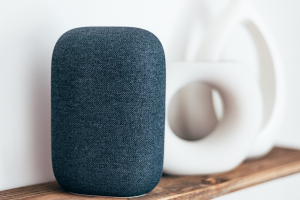 Smart Voice: the next generation of automation control 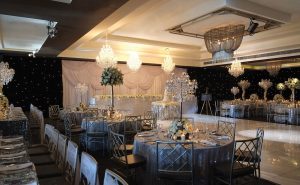 Flickering lights? We can help with that

Facebook-f Instagram Linkedin-in
PrevPrevious ArticleGood news!
Next ArticlePDEG or PDEB? Which one do I choose?Next

Copyright 2022 Automated. All rights reserved. Website by The Web Dojo

Find out the latest company news and updates from Automated, & the latest and greatest innovations and products in the lighting automation industry.